So, it’s time to prepare for the final exam and enjoy the only moment we have in fundation period. In addition, it’s time for me to do some review.

One of the colorful activities

May is the month of all kinds of colorful activities in my school. I participated in the bridge building competition which I was really reluctant to at first.

it’s our bridge: “Bridgination”, the name is given by myself！

It was really a hard and harsh time for me to build a beautiful and strong bridge because I had no idea about any stuff about the bridge. What’s more, I have a team that I didn’t appreciate previously. Maybe I just wanted to do it with the mentality of playing.
What kind of bridge, how to build the pillar, how to connect all the parts united? I didn’t know how to deal with these massive problems. We just went forward step by step, mistake by mistake.
My teammate, Skywing (a frightening name right?), who is talented in building arches for the bridge, tried to make tons of archs used for his bow and arrow instead of being a part of our bridge. I didnot know how to persuade him at all. But luckily, he finally finshed the arch customed only for our bridge.

Maybe it’s a pretty sucessful presentation? I don’t know. However, it’s my first time to stand in the face of all the students from fundation class. I weared a suit because I think it’s a very formal occasion to show my respect. I was told I only had 5 minutes to present which truly makes me nervous and anxious.

At the moment standing on the stage, I saw the expecting eyes from the audience clearly. Speaking aloud with the gesture of my hand, it’s the only thing I remember. Everything including additional preparation was all forgotten behind my head.

When I finished, I heard applause one after another. I was excited and proud of my teammates and myself.

We won the Design Award and Aesthetic Award finally. It really surprised my teammates and me.

Something I learn from it

We are like a loose sand at first but after the hone, we all have grown up in several aspects. I am very thankful to my teammates Skywing, Wooken and Sydeny.

During the process, I was helped by many people including my classmates who was not in our team, the students from other class, the foreign teacher, the physics teacher…

A fantastic and amazing event that I will never forget 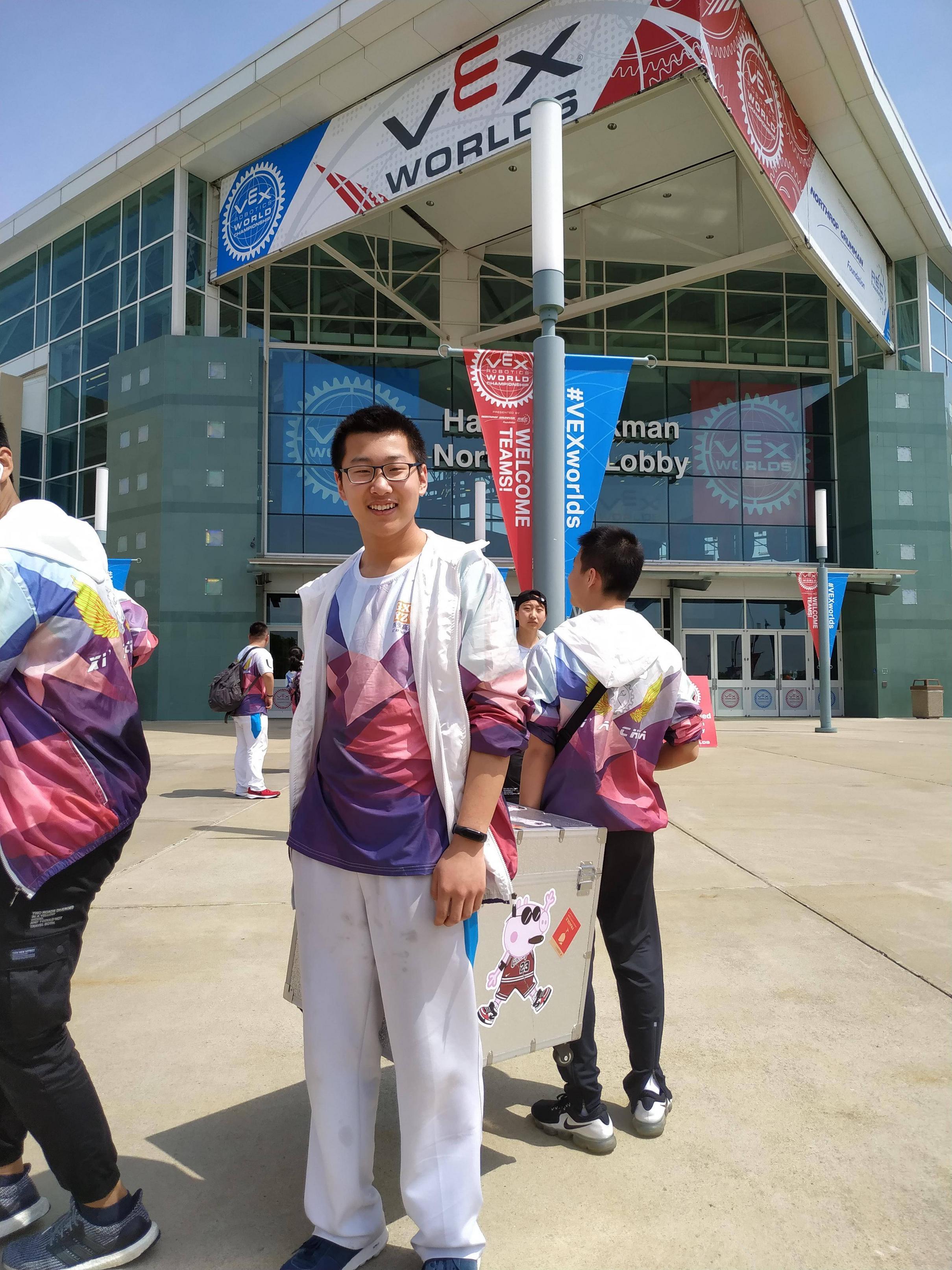 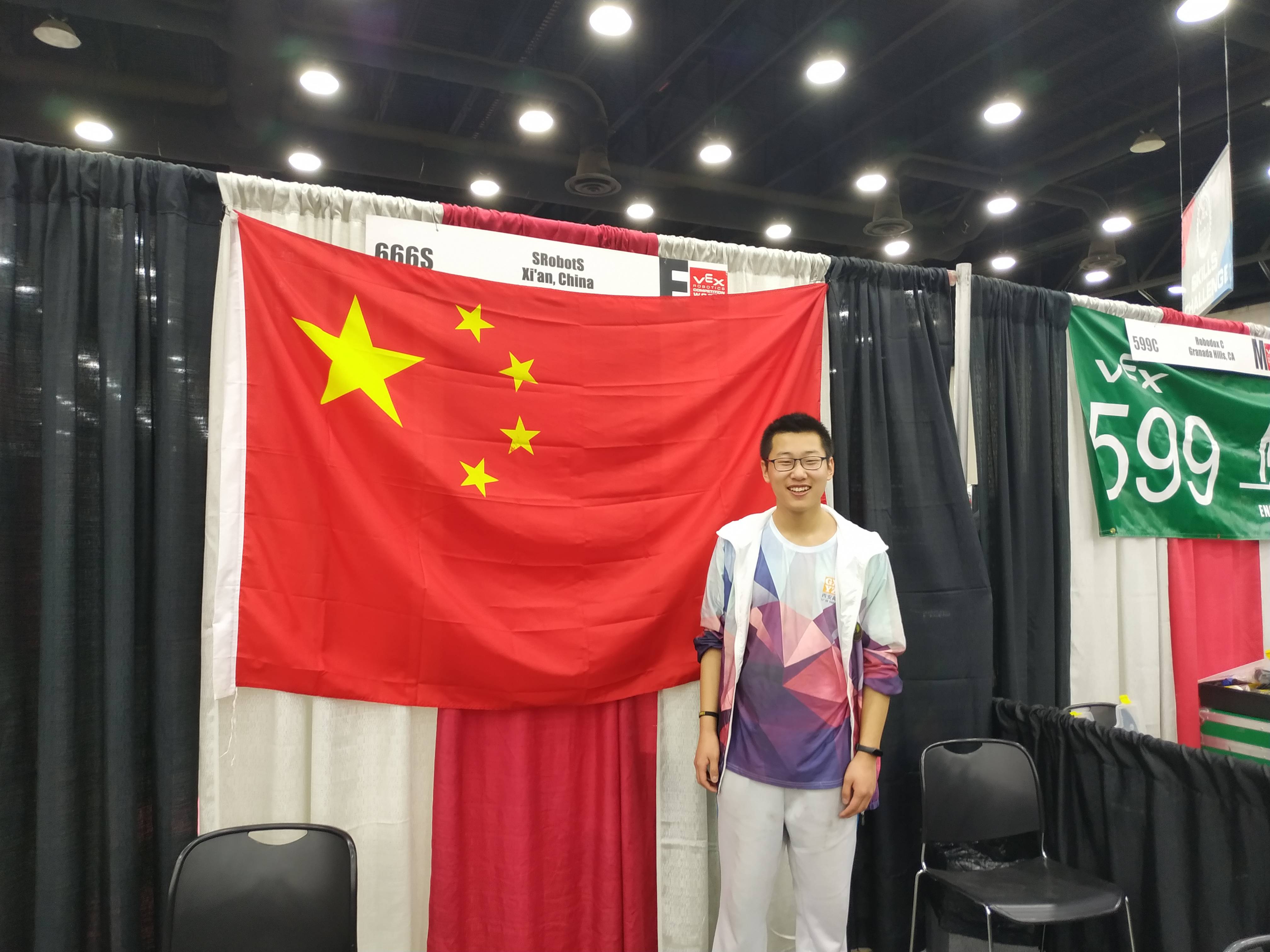 The VEX Worlds Champion is held in the expo of Kentucky. It’s really big and great. When I first stepped into the west wing that our competition will be held, a strong feeling of achievement and happiness came to my heart suddenly. You’ll never know how excited I was at that time.

As soon as we had finished the preparation, the team across from us came and talk with us, they are really friendly and fantastic. I don’t know why I was very pleasured to speak with them in English although my English is not very well. They are interested in China, they said that the most impressive thing for them of China is the High Speed Train. They even call it bullet train. Then we talked a lot about the differences between China and America. 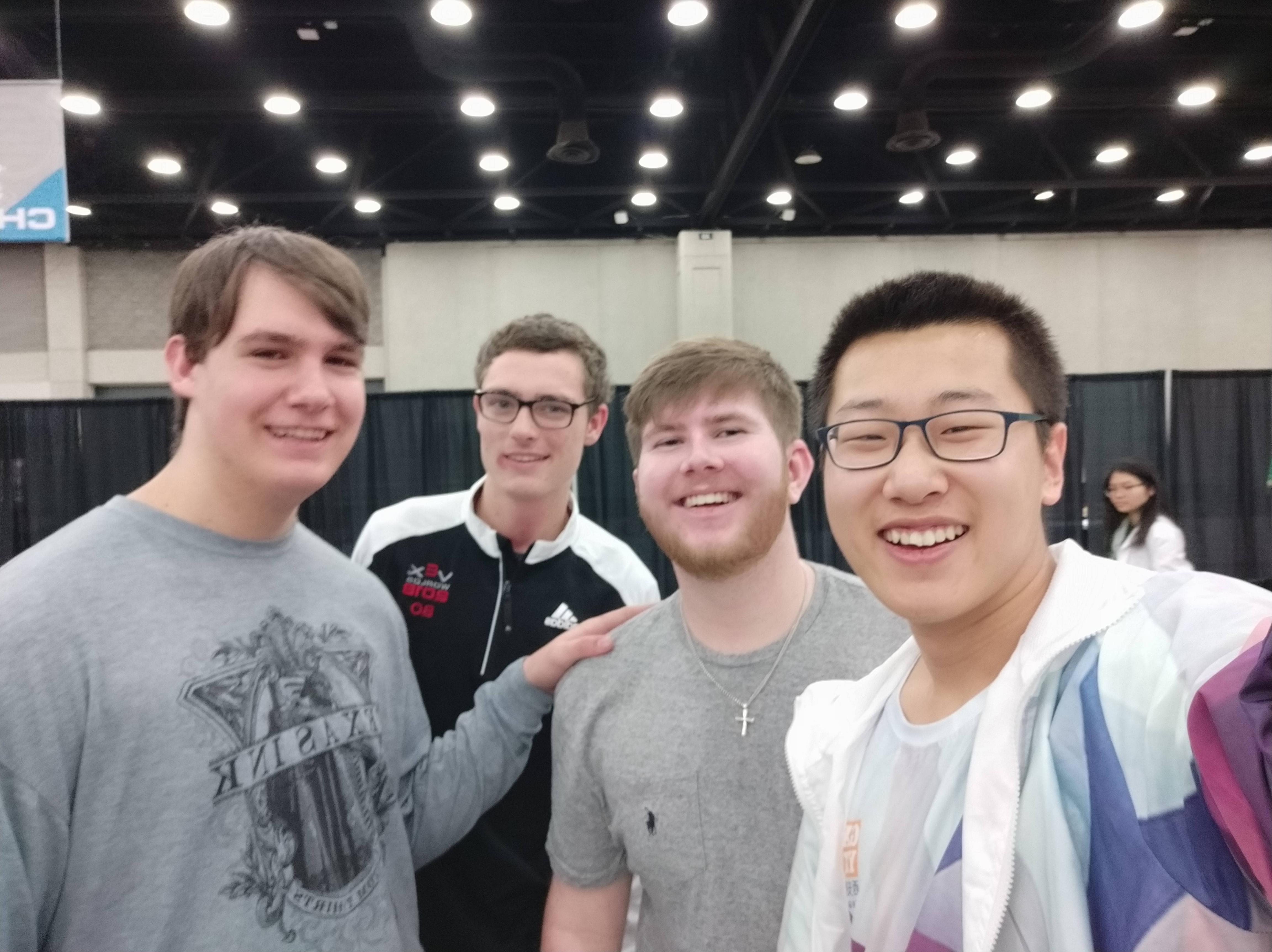 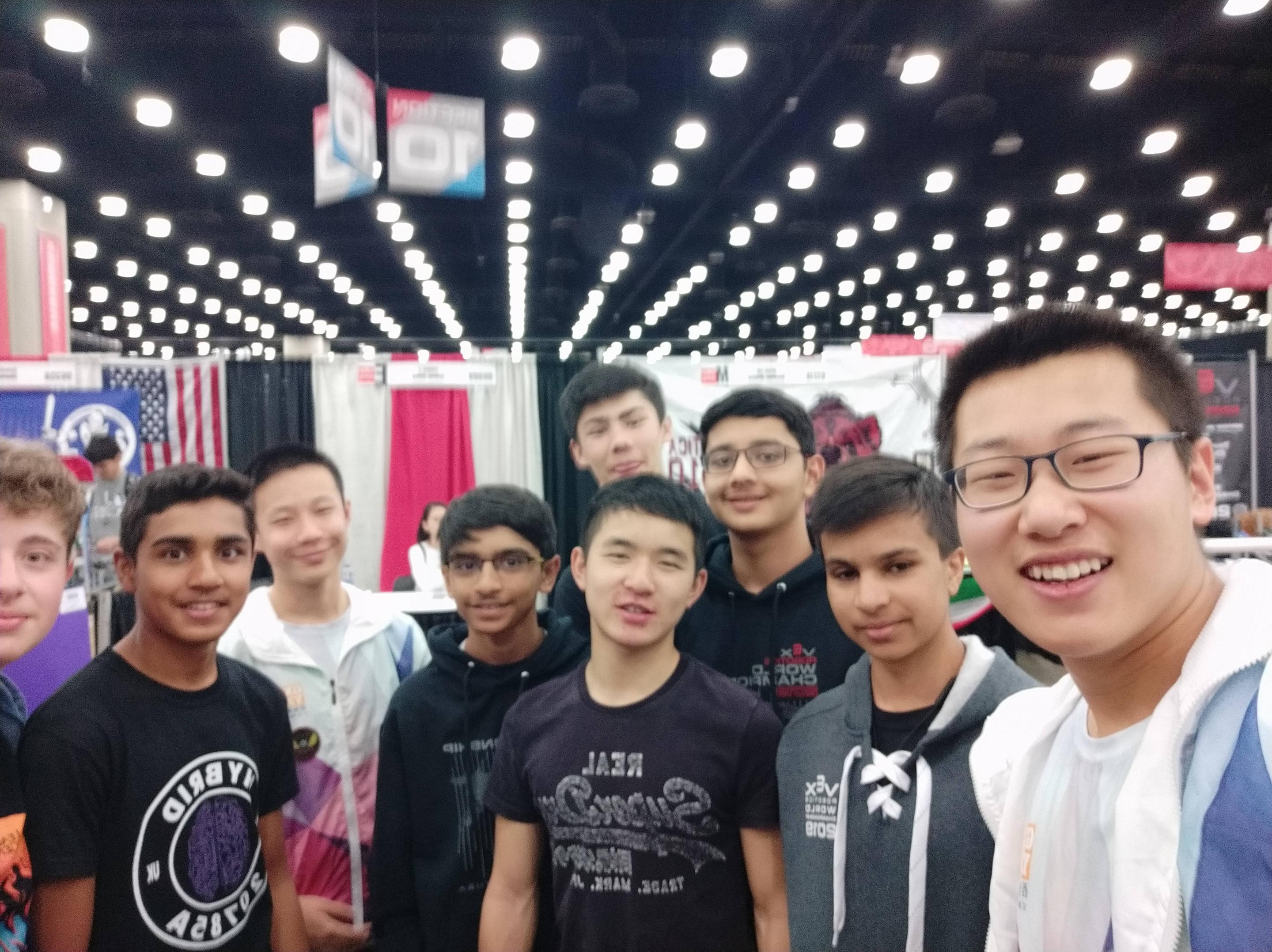 guys from UK, we even talked about the Brexit. :) 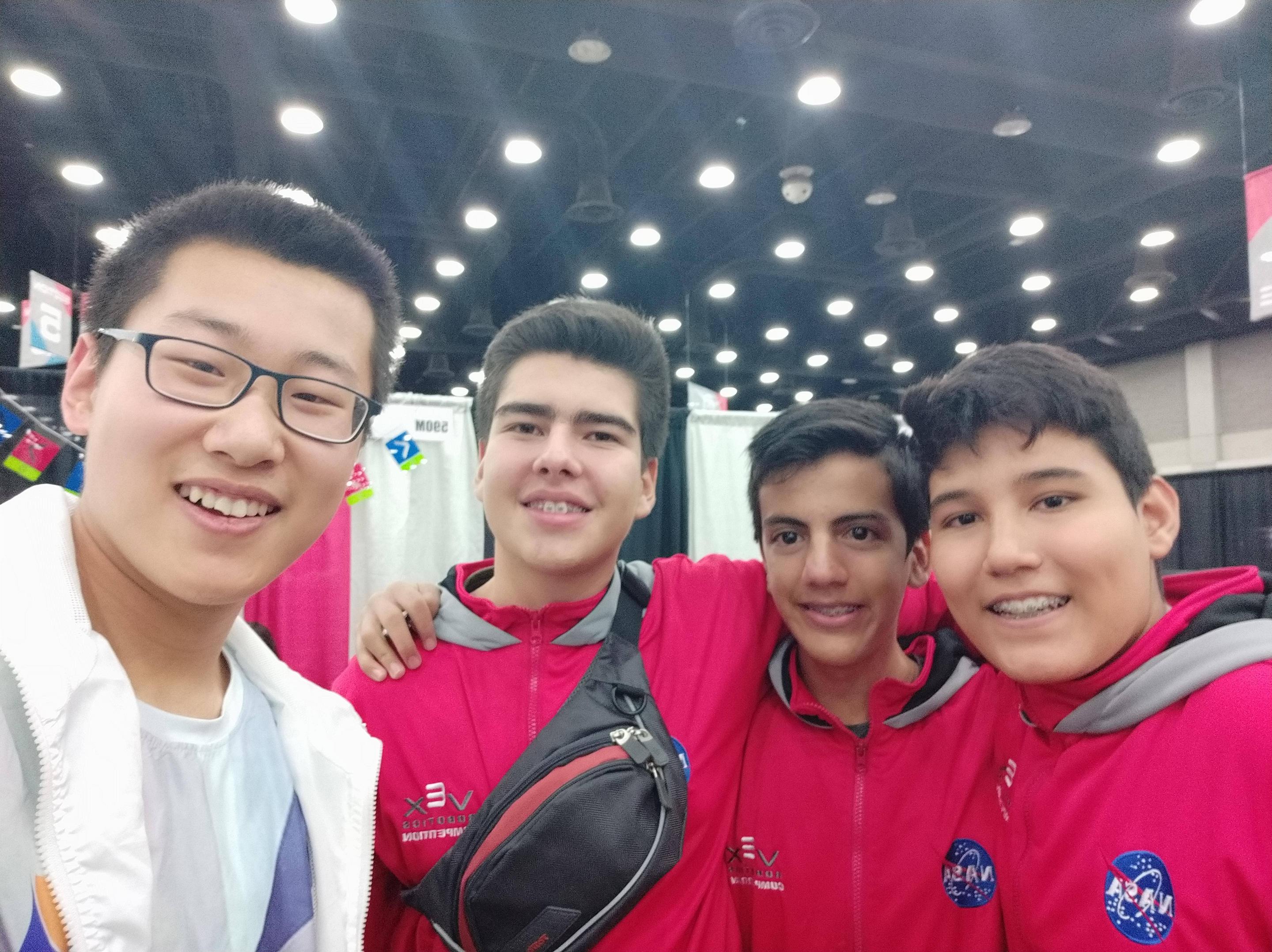 guys from Columbia, the people from different parts of the world are able to communicate with each other in English, how fantastic! 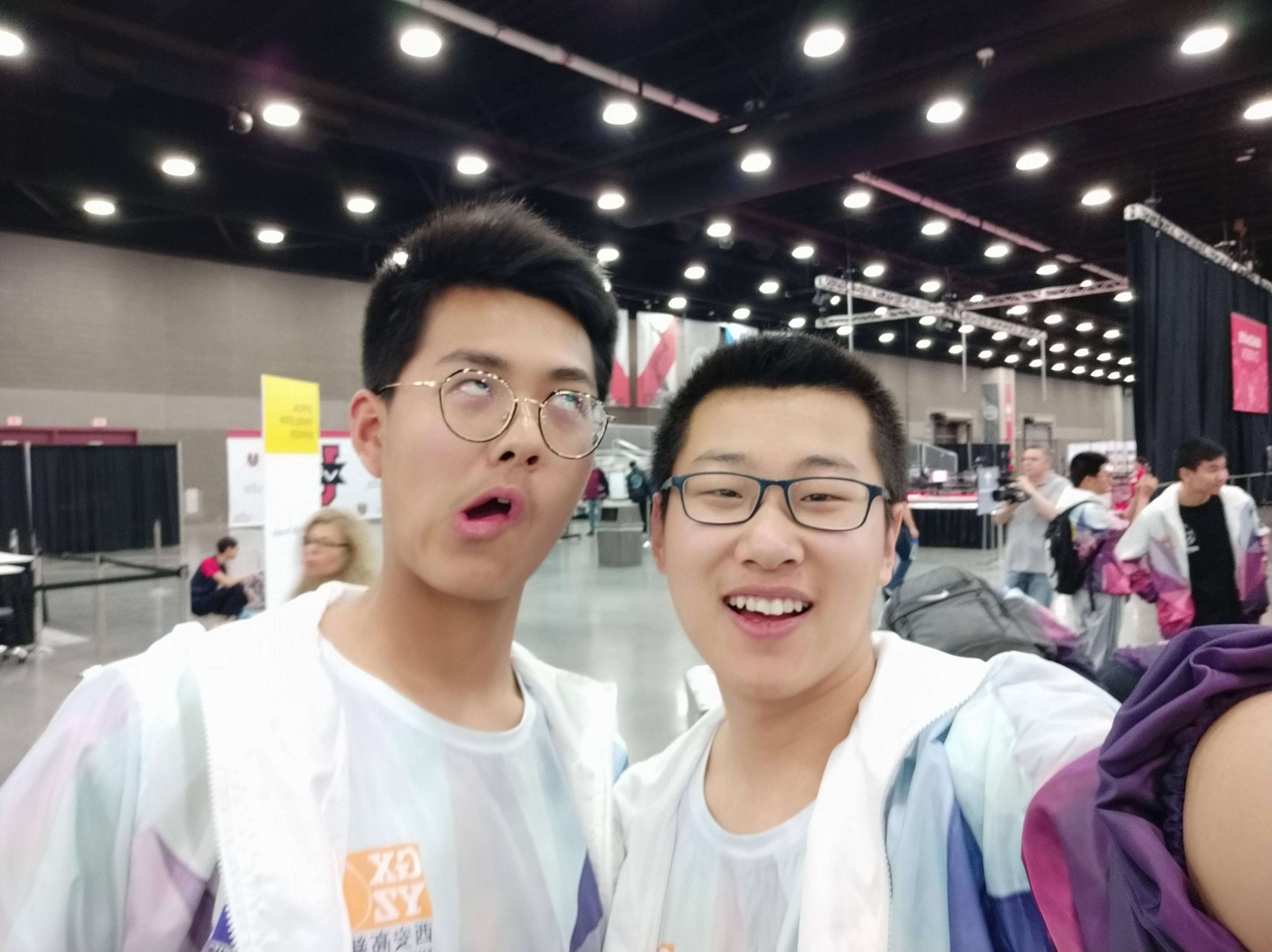 With my teammates Jerry, he is really funny 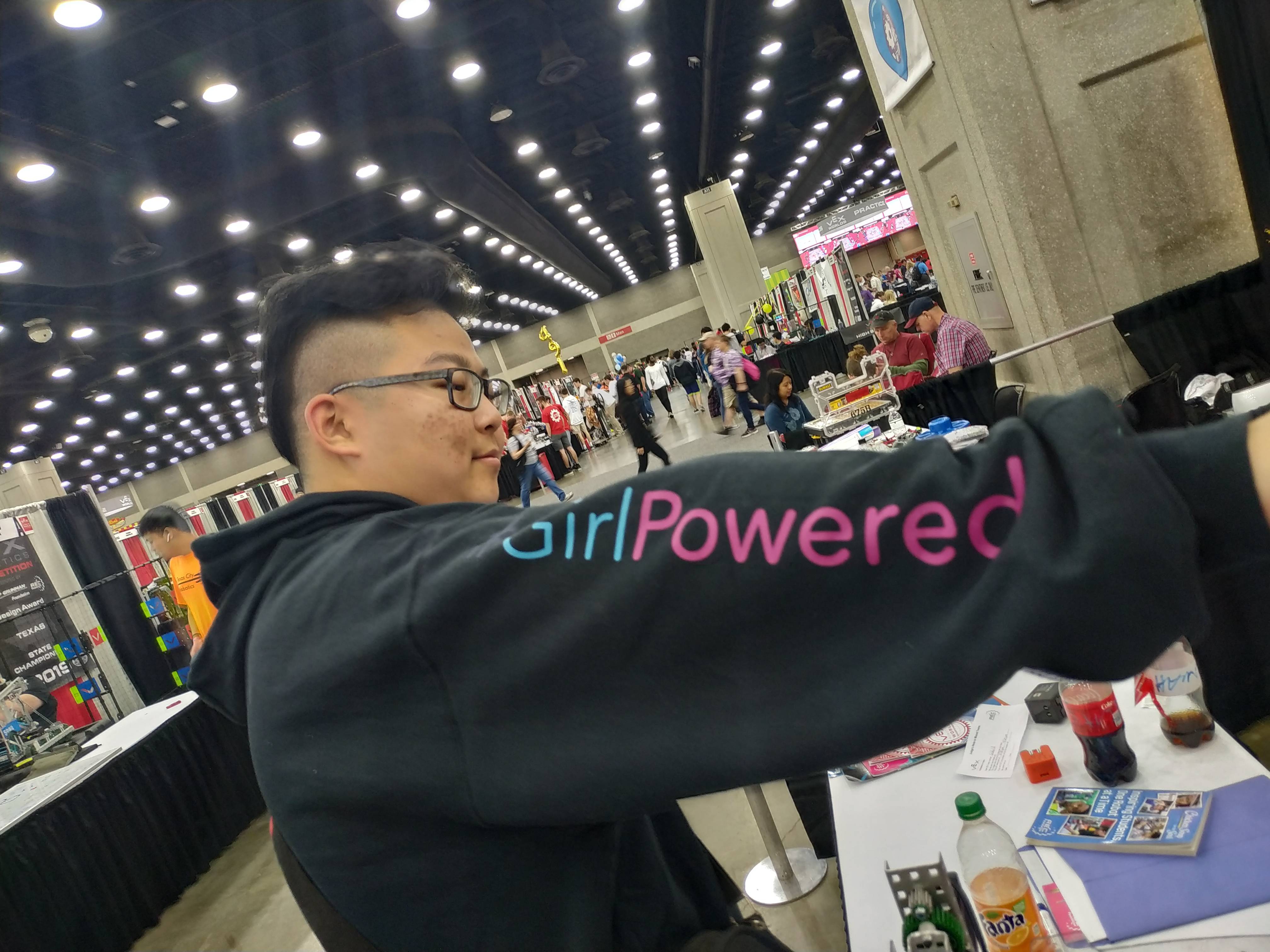 My friend Tony bought a customized sweatshirt printed by GirlPowered 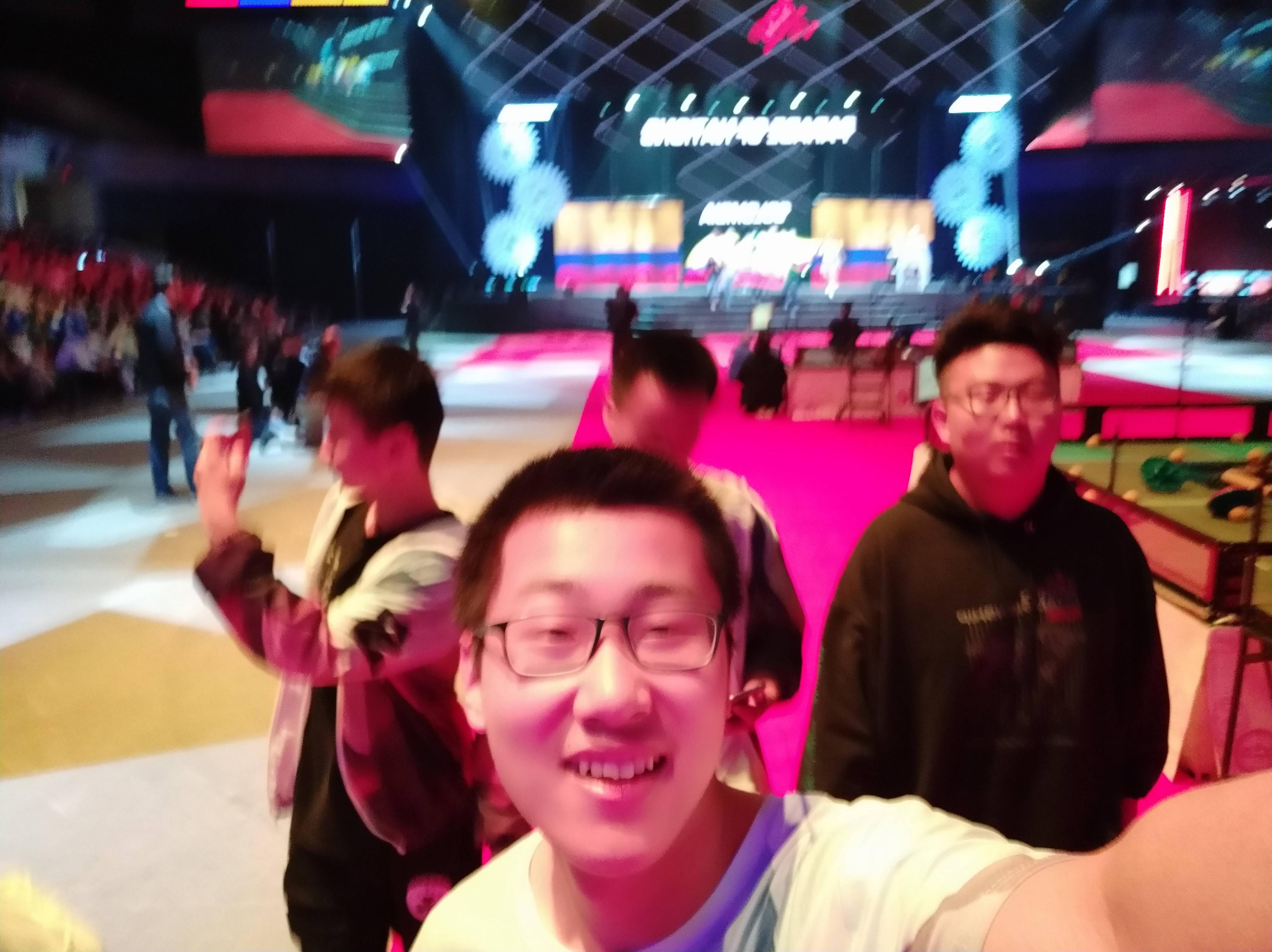 The openning ceremony, parade of nations. It’s really huge and exciting. The Senator of Kentucky also gave us a speech. I am proud of represented of China to participate the International Robotic competition 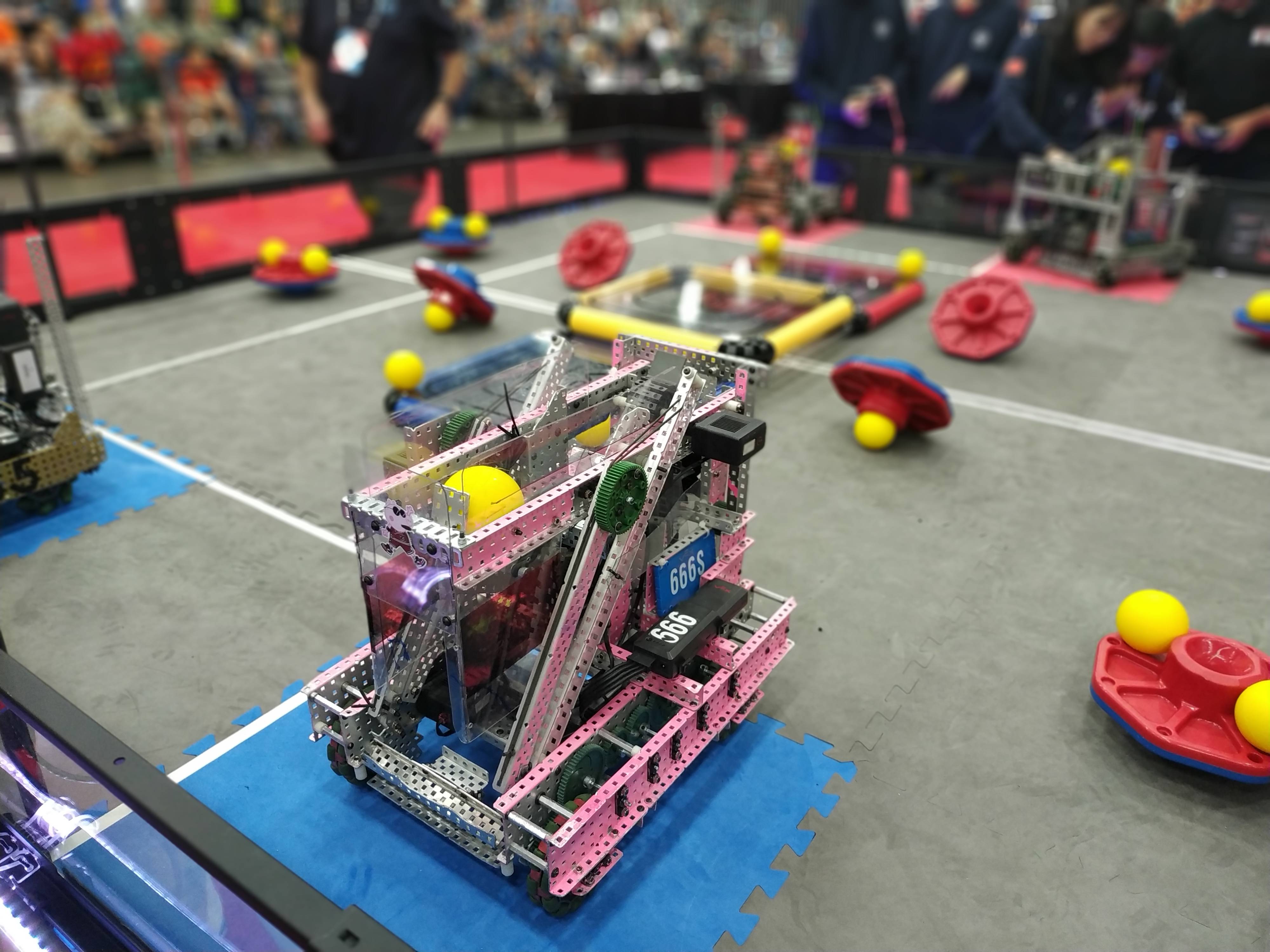 Our robot is on the competition stage “NASA”, we are nervous but exciting 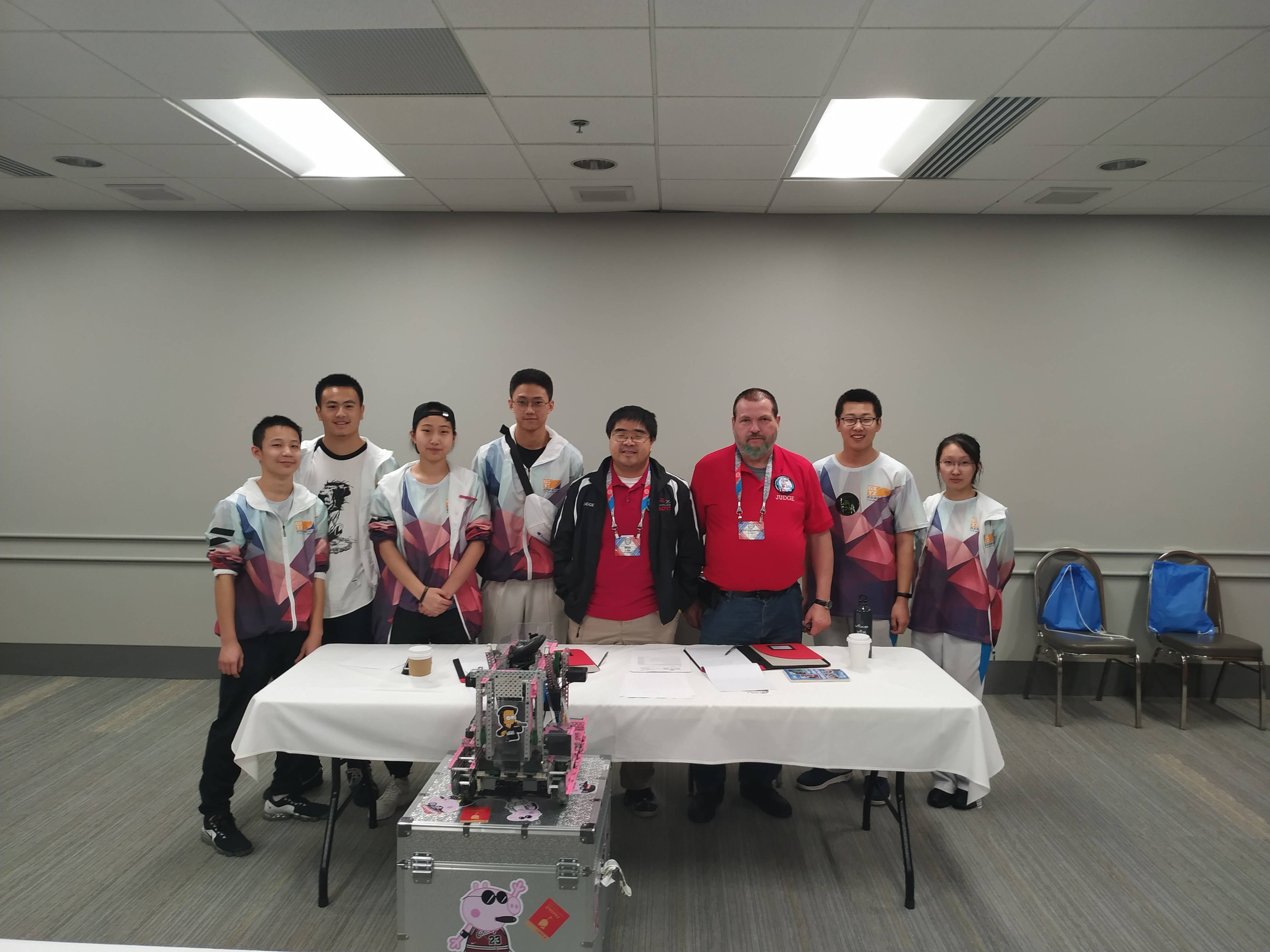 We are having a interview by the judgers from VEX 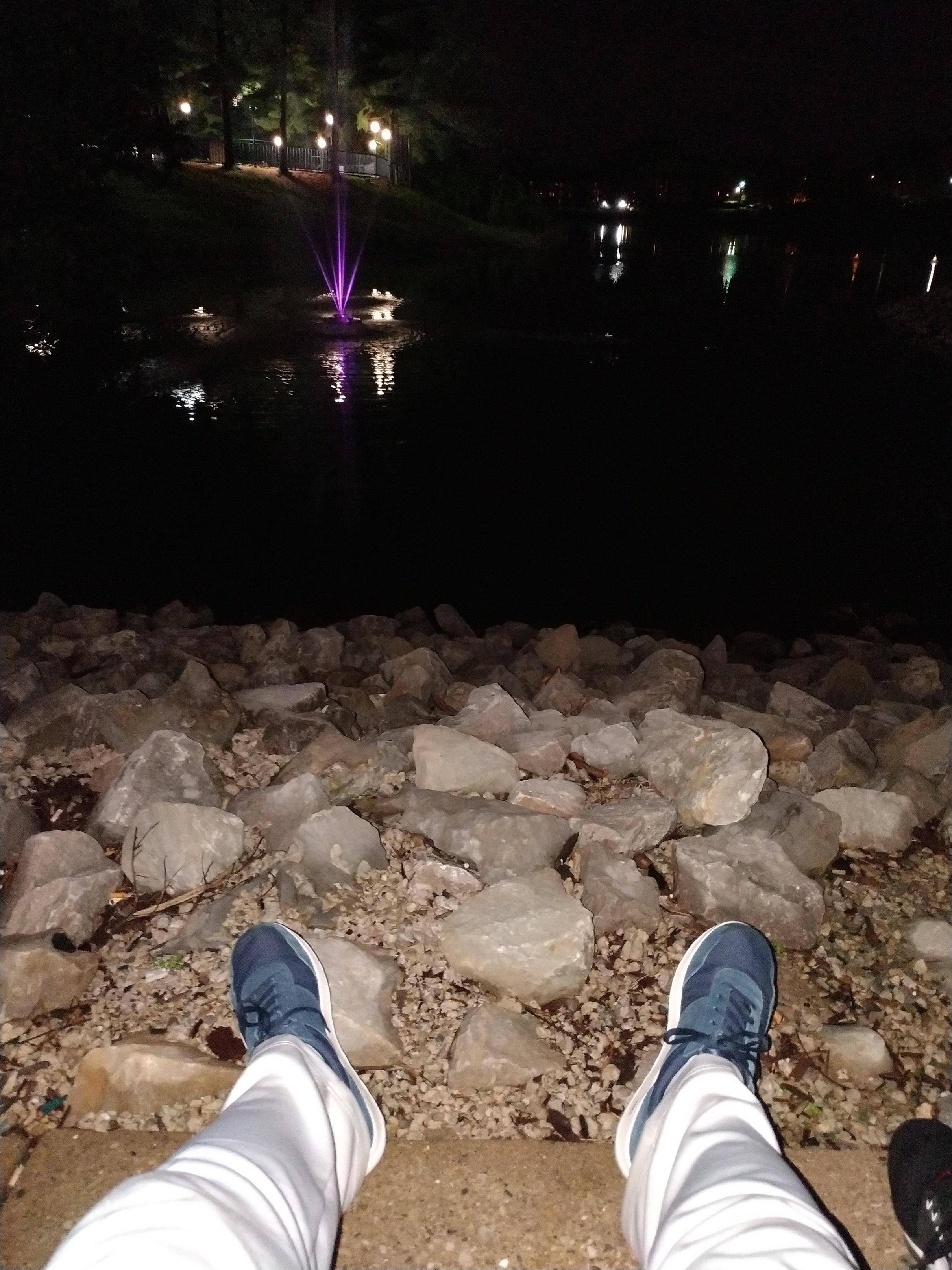 Now, it is 5 AM. Just debugging our autonomous program. Sitting by the lake